“You clearly did something right, your son turned out to be a great man.”

That has to be the best compliment a mother could ever hear.

There is something special about a mother-son relationship.  As I read through the few verses that mention our lady for this week, I can’t help but keep reading in hopes of finding a little more insight into Rachel.   Several chapters later it occurred to me…the legacy that Rachel left was in her son Joseph.  His character speaks volumes about who she was.

Rachel gave birth to two sons, Joseph and Benjamin but she died during child birth with Benjamin.  Therefore her oldest son, Joseph only had his mom’s influence for a short percentage of his life.  But Joseph had more influence on the survival of the nation of Israel than probably any other patriarch up to that point.

The Bible takes thirteen chapters to give us the story of Joseph (chapters 37-50) more than any other individual in Genesis except his great-grandfather Abraham. (chapters 12-25)  In all those chapters the only fault we find with Joseph in scripture was that he shared his dreams with his brothers of ruling over them.  (Maybe it wasn’t too smart to rub their noses in it.) Joseph’s daddy, Jacob had shown favoritism to little Joe from early on. (Remember the coat of many colors?)  As a result of jealousy, his brothers turn on him, selling him into slavery, telling Dad that an animal must have taken young Joe.  As a slave, Joseph was taken to Egypt, thrown in prison and after many years eventually promoted to the palace of the pharaoh. Joseph drew from his heritage and belief in the God of his forefathers, Abraham, Isaac and Jacob; his believe in his God. In the process God promotes Joseph and he goes from being on death row to becoming the number two-guy in all of Egypt, right under the pharaoh.

Not once do we read one verse that even implies that Joseph complained…to those around him OR to his God.  Joseph is considered by most scholars to be a foreshadowing of Jesus. He forgave his brothers and provided a way of salvation for his entire family. Because Joseph was obedient and faithful, his family was saved from the famine that would surly have killed them all. 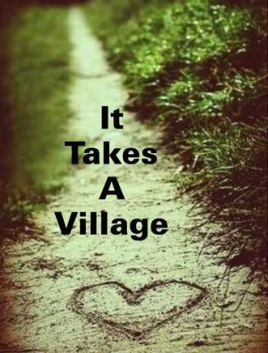 I agree with the concept that it takes a village to raise a child.  AND I agree that more people had influence over Joseph than just his mother Rachel. But I cannot help but believe that the influence Rachel had on her boy as he sat at her feet learning; as she told him stories of the God of his father, grandfather and great-grandfather and of the promises that their God had made to his family; I cannot help but believe that this mother left an impact on her son’s life

I also know first hand that Love covers a multitude of sin. Sure enough, Rachel had issues. She was like many of us, she dealt with jealousy and fear, she had a tendency to cling to her past, she struggled with her life not turning out like she wanted it to, BUT Rachel loved well.

We have a son and daughter.  And I think they turned out pretty good.  They are great spouses and fantastic parents to our four grandchildren.  They both have done well in their jobs and most importantly; they both lead their families in a relationship with God.  (It would be easy to brag some more but that’s not polite.)  But I will say that IF we looked at their lives today, one could conclude that we too did something right as parents.

I don’t have any great wisdom on how to raise godly children. And I certainly didn’t get it right all the time.   But in thinking back on all the mistakes we made, and we made plenty, the one thing we tried to do was love our children well, forgive them freely and point them to Jesus.  I wonder if that is what Rachel did for young Joseph? 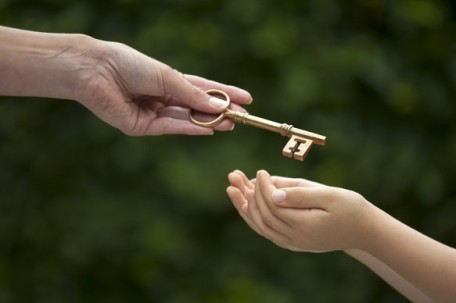 Train up a child in the way he should go,
And when he is old he will not depart from it.  Proverbs 22:6

I believe that Rachel pointed Joseph to God at an early age, telling him of all the great things God had done for their family.  She had to have had a huge influence on Joseph, impacting the decisions and choices he made.  She walked out in front of Joseph what it looks like to love God and be loved.

In comparison, not too much is said in scripture about Rachel but she certainly left a legacy in her son Joseph!

Tell your children and your children’s children of the goodness of The Lord. Tell them all that God has done for you. Leave a legacy that will outlive your life.

Read more on Rachel in our “Learning from Their Example” series.

Cindy Willingham is a landscape designer, small group leader, avid encourager, and sinner saved by grace who is nine years new to Birmingham, Alabama. Her sweet husband of 37 years, two married children and four grand-kiddos fill her life with unbelievable fun and sweet snuggles. She thinks God is awesome and that the best adventure starts with saying yes to that still, small voice. ~ Click here to read Cindy’s BoP Bio.

4 thoughts on “Out Live Your Life”